Relative donates handmade toys as a thank you…

John Holman’s, from Bridgwater, Wife recently lived at our new care home on Bower Lane, Casa di Lusso. John was so touched and moved by the exceptional care and support his wife received in the final weeks of her life. So he kindly donated several incredible wooden handmade toys to the home; all beautifully made by his fair hands.

John has had a passion of making wooden toys for a many years, becoming quite a master of his trade. Casa di Lusso received a variety of his artisan wooden toys such as; lorries, planes and trains.

The toys are a real hit in the home. And recently featured in the raffle held at Casa di Lusso to raise money for Bridgwater Charity, Brainwave.

When asked about why he donated his much-loved work, John said,

“I’ve been making these toys for years and they are popular with my family. However my wife, Jo was so well cared for and looked after, I wanted to give something back.
I couldn’t fault the care she received and it meant the world to me knowing she was in safe, in caring hands.  All the staff at Casa di Lusso have been incredible, not only to my wife, but to me as well.
I’m aware that they would like to raffle them off to raise money for a local charity and I am more than happy for them to do this, and think it’s lovely that people will be enjoying them for years to come.”

John has been donating his toys to the Alzheimer’s Society for a while, but felt on this occasion he wanted to give them to Casa di Lusso.

“We are thrilled and over the moon with John’s kind donation!” 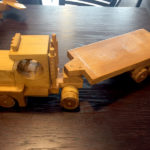 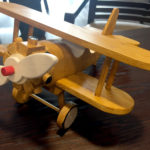 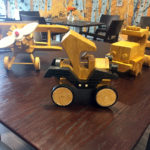